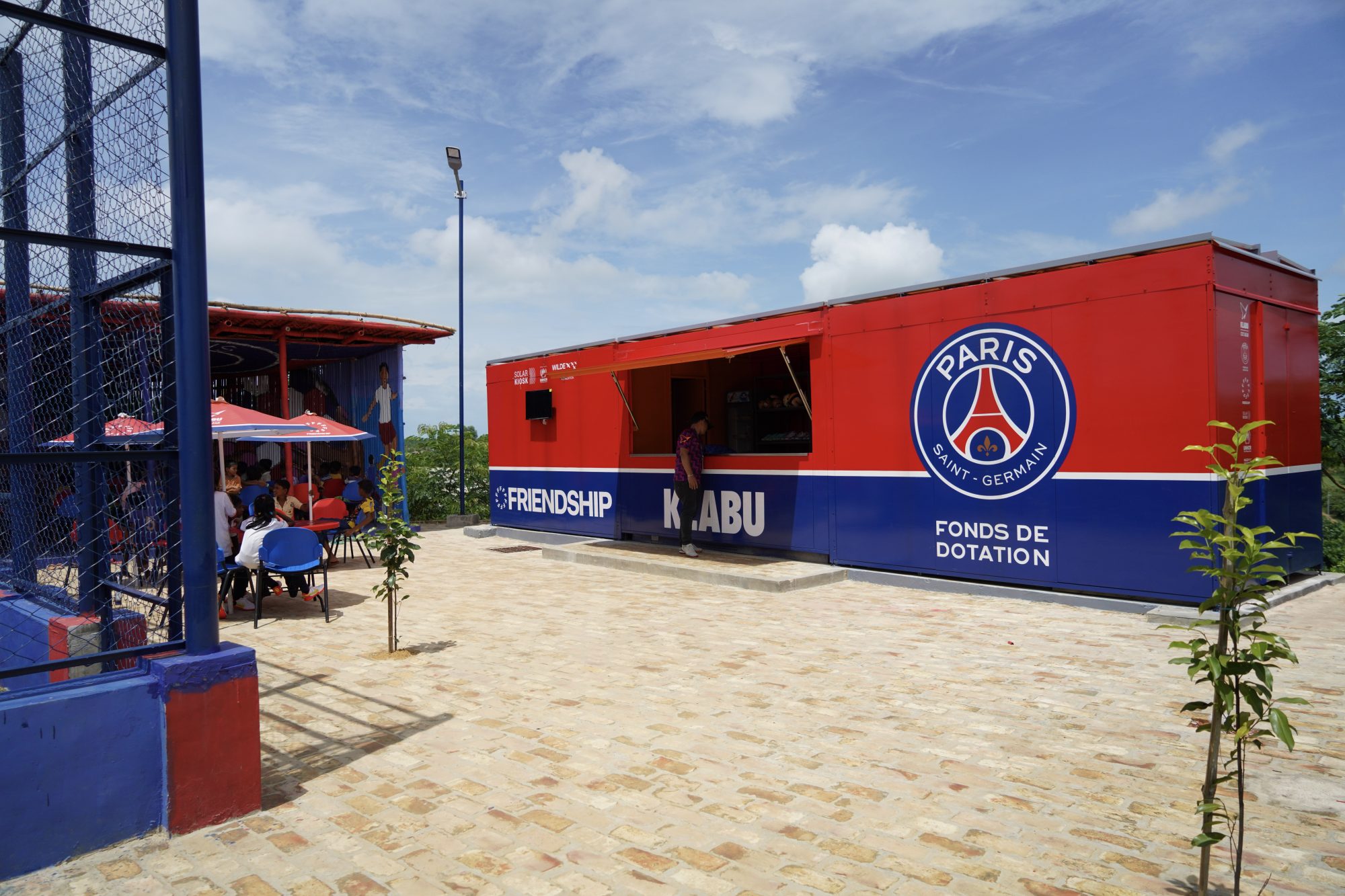 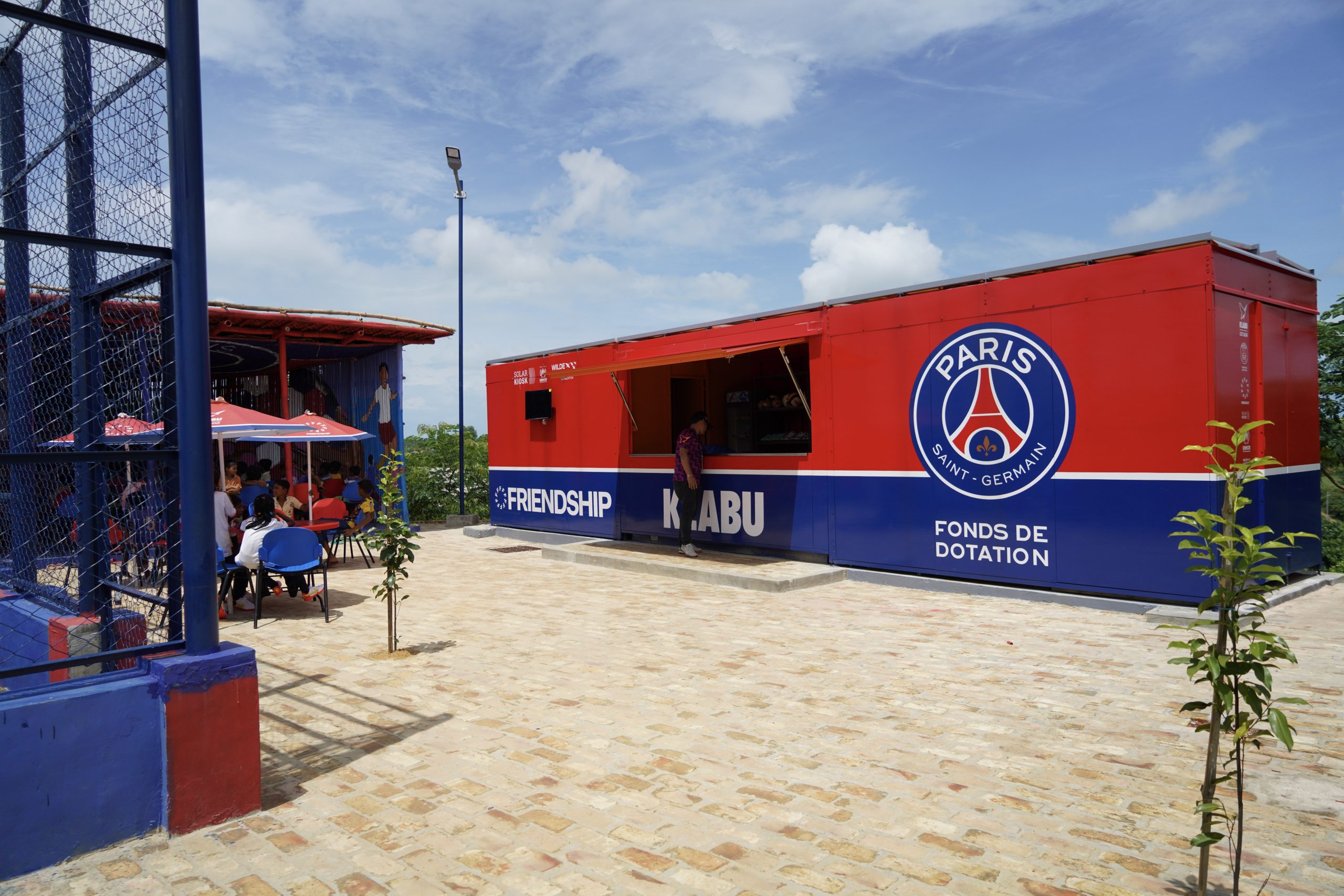 Solarkiosk designed, planned and build, in cooperation with the Bangladeshi NGO Friendship The solar-powered, energetically self-sufficient Paris-Saint Germain sports center, made up of a club house, a sports pitch and a learning area equipped with a television.

Paris-Saint Germain writes: Hundreds of thousands of children from the Rohingya community are currently living in the world’s largest refugee centre, Cox’s Bazar, where almost a million people live under the protection of the UNHCR. Every day, they receive food, treatments, protection and, wherever possible, education with the hope of, one day, being able to build a future for themselves.

Since last April, a small van decorated in the Rouge & Bleu colours and filled with sports equipment has been driven around the refugee camp. It also visits the surrounding villages to offer the same opportunities to Bangladeshi children from the host community. Thanks to this equipment and the involvement of the PSG x Klabu x Friendship coaches, this initiative has already encouraged many children to take up sport, such as a group of young girls from Bhalukiya Palong High School, who became the district champions after just a few months of training, making their parents and the teaching body very proud, and who have now set their sights even higher.

Since July, a new centre has been open on the hill in Camp 19. Open every day, it is run like a library where the children can borrow Paris Saint-Germain and Klabu kit as well as items of sports equipment (for football, cricket, volleyball, basketball, etc.). Training sessions and tournaments are organised there, and matches are shown on the television.

Paris Saint-Germain stands out as the world’s first sports club to have opened such a facility in a refugee camp. This secure sports centre is a peaceful haven, conducive to personal and physical fulfilment. More than anything, it gives these youngsters an opportunity to distract themselves from their problems through sport.